Democracy at risk in Honduras 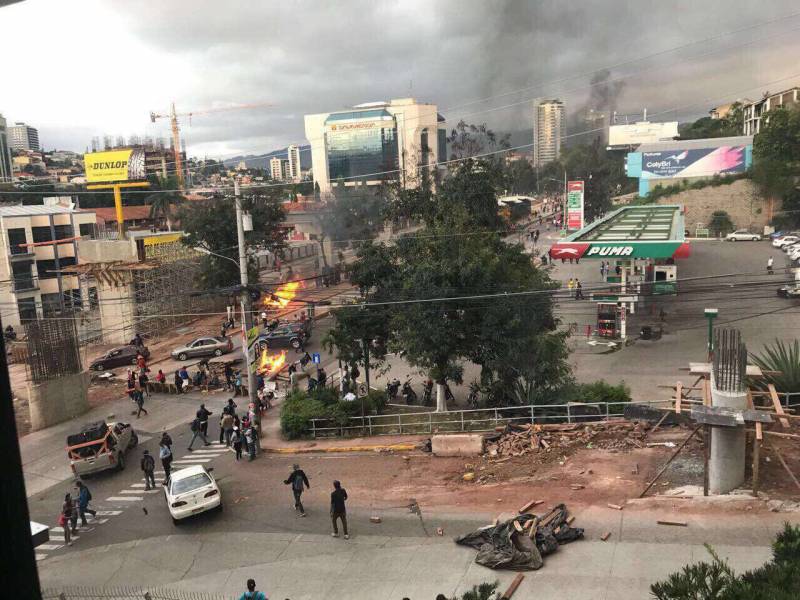 Last Sunday, presidential and political elections took place in Honduras. Consultation is atypical: for the first time ten political parties participated, and the Constitutional Chart is very clear in banning two consecutive presidential mandates, while Hernandez has been recruited through an interpretative ruling of April 2015, triggering opposition protests.

In the night between Sunday 26 and Monday, with 59% of the votes cast, in its first official bulletin, the Supreme Electoral Tribunal (TSE) had announced the clear advantage of Salvador Nasralla, of the Alianza de Oposición contra la Dictadura, on the conservative candidate of Partido Nacional Juan Orlando Hernandez, party at government and involved with the 2009 golpe. The advantage was 5%, corresponding to approximately 100,000 votes of difference. As time went by, the advantage went deeper, but TSE did not want to issue other partial bulletins. The slow count seems after to have favored President Juan Orlando Hernandez of the National Party (PN, right), with 42.68% against 41.60% of Nasralla, with 90.40% of the scrutinized votes.
So great and tense expectation for the definitive result, far from being offset, even though shortly after the closing of the ballots both candidates had been proclaimed winners. Hernandez's advantage has created suspicions among opposition leaders, and sympathizers of the Salvador Nasralla Party of the Opposition Dictatorship protests in about twenty cities in what they regard as a theft of elections by Orlando Hernandez. In social networks, several cases of electoral cardsin favor of the opposition candidate found in the garbage  have emerged.
Riot police have repressed Thursday the Alliance sympathizers who went out on protest streets, particularly in the vicinity of the Supreme Electoral Tribunal (TSE), where they control electoral records.
The Honduran Navy's Naval Staff has warned troops, as the voices of a possible "siege state" to be decreed in the next few hours multiply.