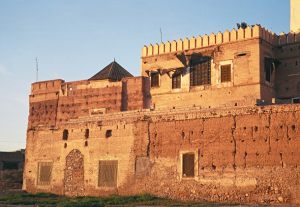 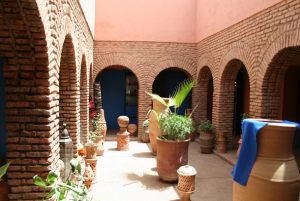 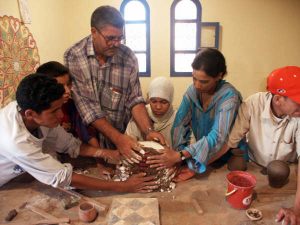 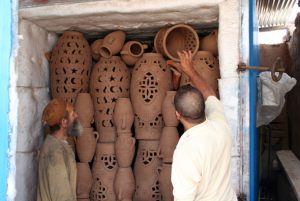 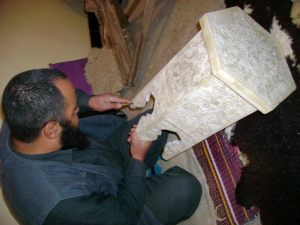 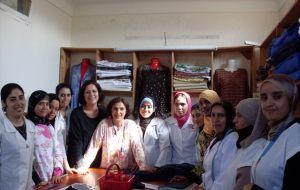 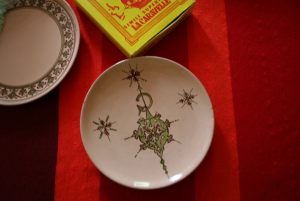 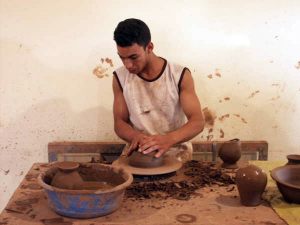 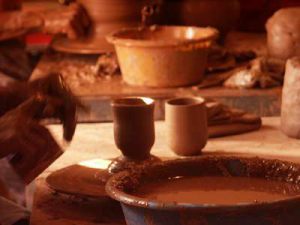 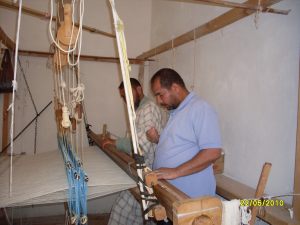 Morocco is an important pole, as a country of massive emigration to Italy and as a southern Mediterranean border. RE.TE has realized two different cooperation pathways, based on craft such as solidarity economy and cooperative experience.

The first took place from 2000 in Kouribgha (Casablanca), the center of emigration towards Piedmont and phosphate mining for export, that didn't leave any wealth for the inhabitants. It involved rural women cooperatives, often breadwinner, formed as weavers and tailors and manufacturers of carpets, blankets and fairtrade clothes. The cooperatives are experiencing networking and distribution of its products in Morocco and Italy.
The program, co-financed by the Piedmont Region, "Professional qualification interventions and support to migration choices" has developed and consolidated the lines of intervention introduced in 2008 by a network of 5 Piedmontese NGOs. In particular it acted on three areas: professional qualification, knowledge of migration routes, entrepreneurial start-ups. These sectors are geared to support the awareness about migratory routes and the on-site self-employment as a sustainable alternative to migratory choices sometimes not aware and responsible.
The project developed training courses, qualifying for the skills of the women involved, accompanying them in the transition from informal to formal employment and supporting them in starting local businesses, a source of income for themselves and of economic development for the area. Also it supported and accompanied the proposals of self-employment by providing financial support to micro start-up by local women beneficiaries of training or youth involved in awareness-raising and accompanied in their future planning.

The second operation took place in Tamesloht (Marrakesh), in one of the poorest provinces of Morocco; Tamesloht is a Marrakesh dormitory town that has lost over time its historical and cultural role, becoming a suburb. Tamesloht presents a remarkable architectural heritage to be preserved, among which the Zauia complex.
RE.TE. has achieved the professional and business qualification of unemployed young people of both sexes and experienced craftsmen in the field of traditional ceramics. The program has expanded in the recovery and improvement of all the traditional craft activities, in urban and architectural development of historic and new town districts, in the  development of local agricultural products and in particular oil and olives; with a deep commitment to environmental sustainability, and with the goal of reducing pollution of the territory.
The action proposed an alternative rural development model in a country of great inequalities and an example of sustainable management of rural activities as an alternative to emigration. It developed craft as a source of employment and income, improving working techniques, working and environmental conditions, the training of new generations in the field of ceramics, in order to recover the local tradition and offer them better job opportunities.

The results obtained are:

The decentralized cooperation project "Support to craft activities and strengthening of marketing in the rural community of Tamesloht" was aimed to improve socio-economic conditions of the rural communities and urban Tamesloht through the recovery, conservation and improvement of traditional productive activities. The income generation activities in the community have been increased through the enhancement of existing craft resources, with the added value of modernizing, rationalizing the use of natural resources of the territory and the professionalization of the sector, with particular focus on new generations and women. The professionalization of the youth and the redevelopment of the master craftsmen, joined to the modernization of consortium production facilities, according to a sustainable vision of local resources, has allowed to enhance the marketing of quality products.