Reflections on the development of the territory

The project Ancien glance, future geste vol.2 is the second edition of a cultural route in the territory of the Valli di Lanzo, and more precisely the area of Pian della Mussa, Balme and Ala di Stura. This territory, rich in history and of french-provencal-derived culture, cannot be considered rich by the industrial point of view, nor has it ever become the destination of mass tourism, and lives a process of depopulation, especially by the younger generations, with the inevitable aging of population. The lack of productive activities of various kinds and emargination compared to the urban area cause the effect of a global impoverishment on several fronts. 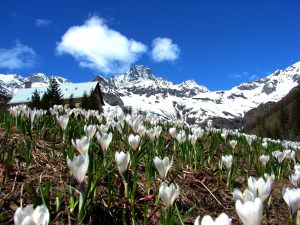 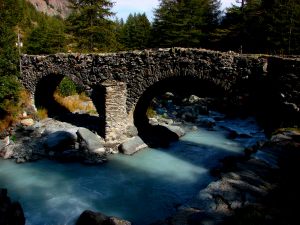 The project's initiatives aim at strengthening the resilience of this territory and to stimulate a reflection on its development, to promote a perspective that can unite an active eye on the past, the traditions and history that identify it, to a better understanding of the contemporary world and to an identification of a direction for the future. All this will be resumed in a festival that will bring together children, youth, families, seniors, tourists by chance or passion and all social actors in the area to open a dialogue between the various realities and build links that could lead a process promote the area.

During the summer months the Pian della Mussa will become the scene of various artistic activities that will involve music, theater, cinema and plastic arts. Throughout the festival the multiple realities in the area will be involved to allow a better understanding of the resources and the creation of new synergies that can promote future paths to promote the area.